Much of my current focus has been aimed towards applying indeterminate procedure towards visual practice. Due to the ambiguous nature of the concept and the resulting imagery it creates, it is important to retain template example pieces that act as comparisons in order to fully understand the results of the operation and analyse effectively any new findings. Also importantly, from a viewers perspective, having comparison pieces, (clearly demonstrating the application of an indeterminate procedure in the form of before and after examples) aids interest and accessibility to the work. 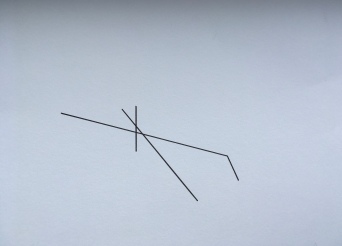 The traditional concept of ‘Dot-to-Dot’ is one such model that lends itself most effectively to such a body of work. As an internationally recognisable and familiar aesthetic and process it acts as an accessible, tangible template in which to manipulate.

These pieces were created by randomly drawing pairs of numbers through which to connect with line as in the original concept of dot-to-dot. 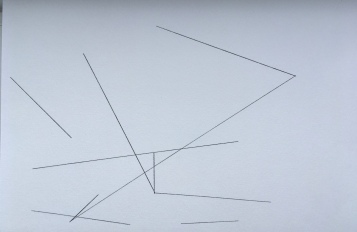 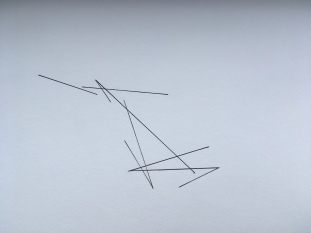 The ideas and concepts explored in this body of work will be pursued further both visually and through sonic mediums. Check back for regular updates.